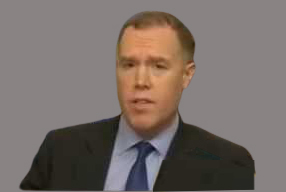 Brian manages relationships with a range of international and U.S. clients.  He has two decades of financial communications and media experience and an extensive track record of work in the US, Europe, Latin America, and other international markets.

Brian has also worked with a range of blue chip clients across different sectors including Gemfields, Arcelormittal, Rio Tinto, and BG Group in the natural resources sector; and Bank of America Merrill Lynch and HSBC in the financial services industry. He has advised on some of the most high profile transactions involving companies operating in growing international markets, including the acquisition by First Quantum Minerals of Inmet in 2013; and the merger of Uralkali and Silvinit – which created the world’s largest potash producer.

Brian previously led the New York office of emerging markets focused agency Harmony International. Before that he was a Partner at leading global financial PR agency Maitland (part of the Havas group) where he led the firm’s Natural Resources and International practices. Prior to Maitland, he was Head of the Emerging Markets and Financial Services practices at Finsbury, another leading global agency.

Brian previously worked as a financial journalist in a number of international roles, as Senior Correspondent in Europe for New York M&A-focused publication The Deal; and as the Managing Editor of The Prague Post, the leading English language newspaper in Central and Eastern Europe.

He is a former chairman of the leading think tank the Bow Group and has written extensively on a range of public policy issues.

He has also served in a number of other non-profit and voluntary roles, including as a school governor, and as an elected representative on a major borough council in central London.

Brian has an MBA from Columbia Business School, and a degree in Politics, Philosophy and Economics from Oxford University. He speaks Spanish, Russian, French, German and Czech.