One of the most inspiring and productive emerging market investments in the last quarter century is the Financial Services Volunteer Corp (FSVC), an “under-the-radar” not-for-profit aimed at building banking systems and sound financial markets in developing countries from Eastern Europe to Africa, the Middle East and Asia. Since it was established in 1990 by former Secretary of State Cyrus Vance and former Deputy Secretary of State John Whitehead at the behest of President George H. Bush, this distinguished and highly-proficient group has mobilized 3000 missions to 65 nations. Volunteer professionals from major financial institutions, industry associations and regulatory agencies have traveled to frontier economies to help construct payment systems, design regulatory schemes, and foster transparent financial markets.

The individual who leads this critical economic assistance group is J. Andrew Spindler, President & CEO. Spindler was recruited in 1993 from the Federal Reserve Bank of New York, where he was a senior vice president. He remembers joining Vance on one of the FSVC’s early missions to Yugoslavia. The experience was profoundly meaningful to Spindler, both personally and professionally. Spindler went on to build a staff, raise funding and work closely with a powerful board of directors – including current Chairman Bill Donaldson, Carla Hills, Henry Kissinger, and John Thornton. Paul Volcker, a former Co-Chairman of the group, serves as Honorary Chairman.

Listen to Andy Spindler in this interview with CLP Strategies, as he recounts his work and explains how the FSVC has been executing some of the most successful emerging market investments ever made. 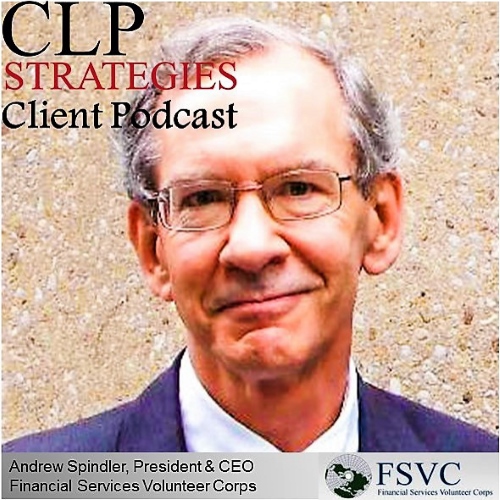